Loco is a translation management tool with a staggering array of features, and a very reasonable free plan. This series of guides will cover the basics of using Loco, starting with Part 1: Creating a project and adding strings.

These articles are not sponsored!

First, create an account with either your email, or using GitHub, Twitter, or Facebook login. Once your email has been confirmed / permission has been given, a super simple signup screen asks for a password and not much more. 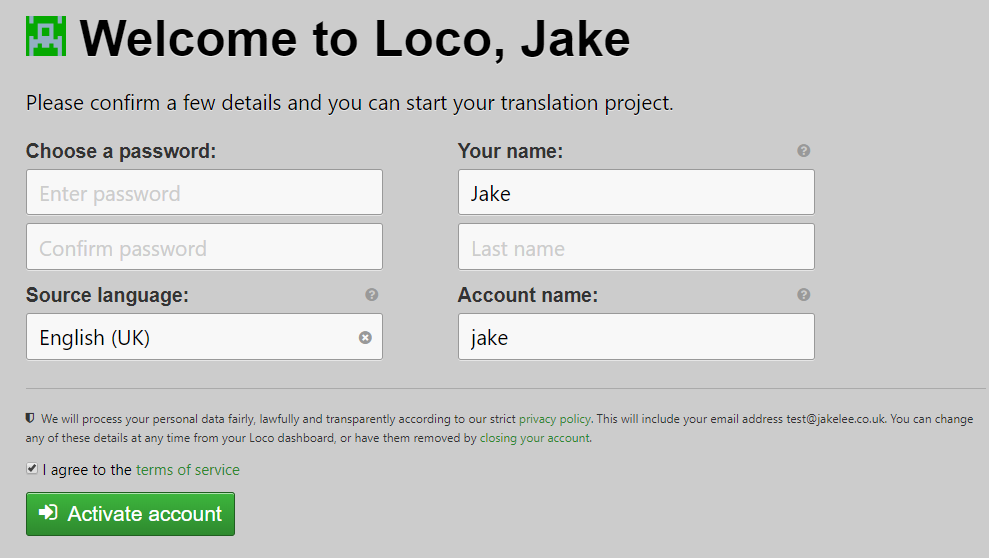 A default project will be created for you upon signup, with customisable URL, name, and description. The URL for your project will be the very simple https://localise.biz/username/project.

Next, add the locales / languages the strings should be translated into via the + button next to your default locale in the top left of the “Manage” tab. Locales can be anything from a simple language (e.g. French) into a fully custom identifier. A particularly useful feature is the ability to rename locales, which can be extremely useful when the same text needs to be translated into the same language multiple times (e.g. different brands within the same country). 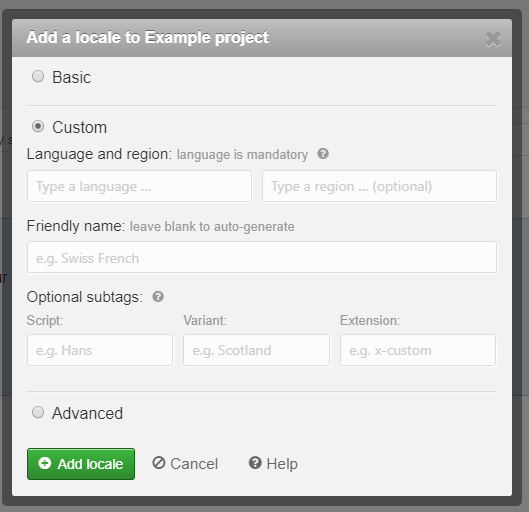 It’s finally time to start actually adding text to translate, or “Assets”. Click “New asset” and a popup will appear which can be a little overwhelming! 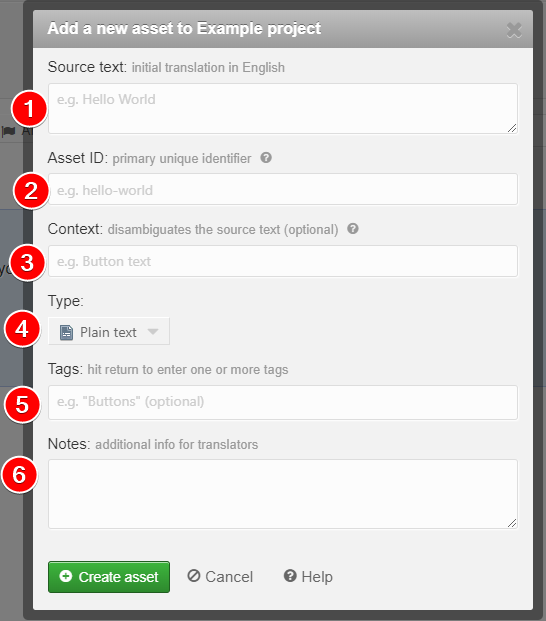 Once a string has been added, it will by default have the status of “Translated” in the original locale, and “Untranslated” in all other locales. These statuses can be changed at will, and feature 5 different “in progress” states to help collaboration between different project teams. For example, in a recent project new strings were marked as “Provisional” when they had been translated by developers, “Unapproved” when a professional translator had corrected mistakes, and “Translated” when a line manager had signed off a translation. 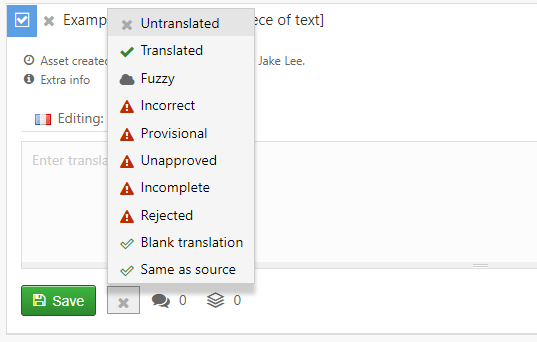 Loco’s free plan is usually generous enough for almost all use cases, even for large projects with a few hundred assets, multiple languages, and many translators. At my company we went for the “Pro” plan, as we needed custom roles for certain individuals. This cost us a grand total of just £4.95/month (approximately $6.50)!

More information on these quotas are available on Loco’s help pages, and a brief explanation is below. It’s worth emphasising that only the project owner needs to pay, and all other project collaborators can benefit.

Individual strings can also have plurals and placeholders (e.g. %1$s for Android) configured, all changes logged, and comments with user tagging support.

In addition to Loco’s core features, a few free utilities are provided such as iOS Android string conversion, or conversion between all common formats.

Loco has such a massive set of features that only the very basics have been covered here. Collaboration, exporting, and command line interface will all be covered in later articles.