Recently, I was preparing an update to a long abandoned Android app of mine when I realised the password to the keystore was long forgotten. A keystore and associated password is essential for updating an app (more information on keystores is available in easy to understand LEGO form), and as such the app could never be updated again!

Luckily, it’s possible to crack the password to a keystore.

For this tutorial, the debug keystore will be used, but the steps are exactly the same for a release keystore, i.e. one used to update an app in the store. The debug keystore is located at C:\Users\yourusername\.android\debug.keystore.

To retrieve the keystore’s hash so it can be cracked, we are going to use a useful little 10KB utility called JksPrivkPrepare.jar.

On Windows machines, hash.txt is output in a slightly incorrect format (contains a BOM, which files on Windows shouldn’t have). The easiest solution is to open hash.txt in Notepad++, convert it, then resave it. 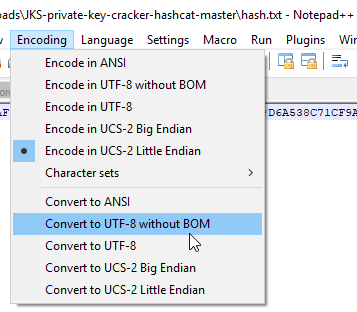 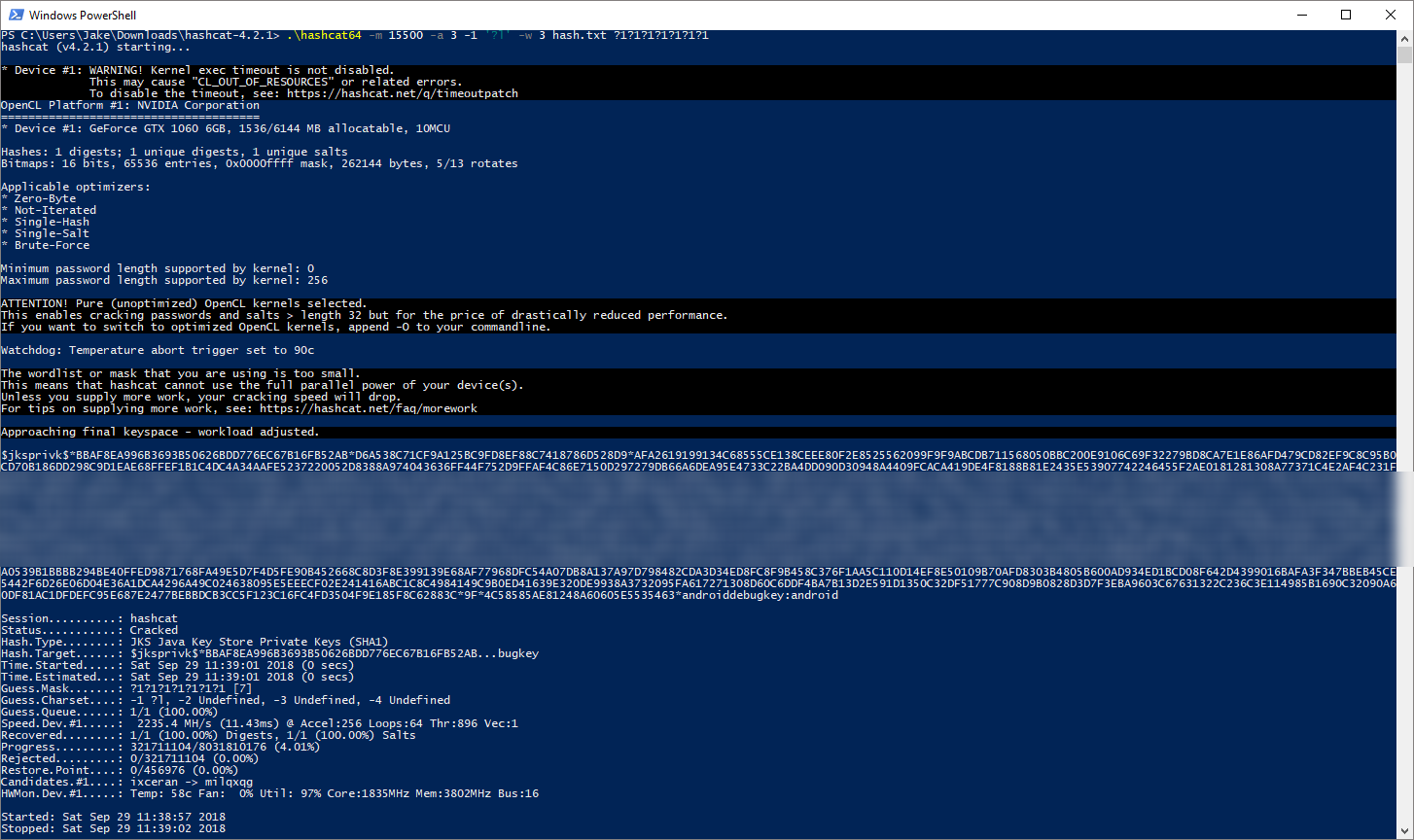 The command entered earlier, .\hashcat64 -m 15500 -a 3 -1 '?l' -w 3 hash.txt ?1?1?1?1?1?1? is pretty overwhelming at first glance, but each section can be understood individually. A full list of Hashcat parameters is available, the following settings are sufficient for this purpose however. All reference tables below come from the official documentation. 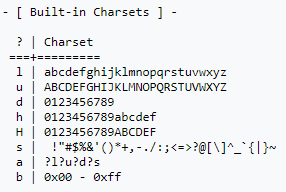 The ability to set multiple character sets in the mask allows for situations where you know the password is a letter followed by numbers, or another pattern.

The bulk of the work in this post is done by Hashcat, an extremely powerful hash cracking tool that has been around for years and is used by everyone from penetration testers to malicious hackers. That being said, it is simply a useful tool, not at all illegal!

Password cracking can be extremely complicated, but due to Hashcat’s popularity there are thousands of guides online. Alternatively, the official forums can generally help out.

PS: Obviously, I don’t condone cracking any keystores that aren’t your own!